Today was not a good day.  Or maybe is was.  I guess it’s the way you look at it.  You know half glass empty/half glass full kind thing.

Our youngest child  has been struggling the past 2 years at school.  He has been causing disruptions, being goofy, not focusing and being an all round silly kid.  He has always gone to the same school from kindergarten to 4th grade.  His peers have known jim for 5 years and have accepted him for who he is., which is that lovable, funny kid.  While there, he was also in speech therapy which he started in 1st grade to help him with his speech issues.

Starting in  3rd and 4th grade, the teachers started saying that he was causing disruptions in the classroom and it might need to be addressed.  Our oldest son was diagnosed with ADD in the 5th grade.  We were seeing similar traits in our youngest son and decided that maybe that it was time to seek help from outside sources to get this nipped in the bud.  The summer after 3rd grade we decided to take him to a child psychiatrist. After some testing it was determined that our youngest son suffers from ADD and GAD which is general anxiety disorder.  He is a very anxious child and we had no idea that this also was affecting his school behaviors.  Before we left Indiana he was changed from ADD to ADHD. 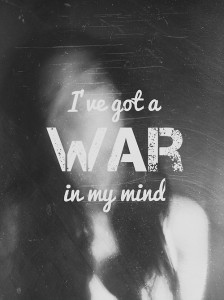 We started our youngest son on anxiety medication first to get it under control.  The plan was to next start an ADD medication.  We started with a non-stimulant Kapvay.  It worked well, except he could not stay awake.  It made him so sleepy, so then we were on to the next medicine.  With each medication there was a side effect that was too much for him to handle.  I NEVER wanted my child to be a guinea pig.  He didn’t deserve this.

Since we have been in Seattle, he has been trying new meds.  Some made him have palpitations, some gave him upset stomach-aches, some suppressed his eating and so on.  We just want him to be successful.  If the medicine helps control the behaviors and helps him focus better, then we need to do it.  Once our oldest son started taking meds, his grades shot up and he had such success.  We hoped the same for our youngest.

My husband and I always thought that the little man would have the easiest transition with the move.  “He would make friends quick and fit in great”.  Boy, were we wrong.  He has had the hardest transition with this move.  As I said before, he grew up with his old classmates for 5 years.  They knew him and accepted him.  Now he is the outcast and the weird kid.  He instantly started to get bullied.  His classmates were making fun of his speech and his accent (imagine that, we are all told that we have an accent here in Seattle, I guess it’s a Hoosier twang).  His new teacher has been a great resource.  She emails me often and lets us know if situations arise that we need to address and so on.

One of her concerns from early on in the school year is his reading and writing comprehension.  I asked if we could set up a formal evaluation to have him tested.  Mainly for the reading/writing, but also the speech and behaviors. At his old school in Indiana they did not do and IEP for his speech, so the new school would not do speech with him in Washington UNTIL there was an IEP in place.  Something about it being against the law….blah blah blah.  He has missed out on speech since school started.

We had a conference in October with the whole assessment team, the school psychologist, special needs teacher, speech teacher, his teacher and 2 others.  Since he was new to school and there was a list of kids that needed assessments also.

We JUST had a follow up team meeting today to go over all the results.

My youngest son has special needs.  He needs assistance with reading comprehension and writing.  He also will have assistance with speech and behavioral/social issues in the classroom.  The first thing you think is that my child has special needs.  He now has a label.  He is a labeled kid.  It starts the grieving process for losing that part that we thought he was a normal child and will grow up normally through the school years. Now we have a child with special needs. 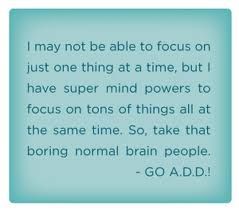 The teacher also said that he is below average in most areas except for math in which he excels.  In Indiana he was an A/B student.  Maybe Washington has different criteria.  I don’t know.  I just know it’s frustrating.  He also has secluded himself and refuses to work in groups with other kids.  He always asks to go to a common room to work on his schoolwork.  He also makes excuses to go to the office.  He wants to call me.  We have stopped that.  But it’s always, my hip hurts, I don’t feel good, my belly hurts, my jaw hurts, I’m angry and need to lay down.  He is easy to get frustrated and start crying, which is embarrassing for him in front of his peers. All uncommon things for this kid.  It’s just bizarre that these behaviors are happening.

As a mom, I beat myself up that we did not catch this up earlier.  But then I think, we had no idea it was to this extent.  If we would’ve known, we would have started this train rolling earlier.  I wanted his speech nipped in the bud before he was in middle school.  I don’t want him picked on once he enters middle school.  Guess that won’t be happening now. 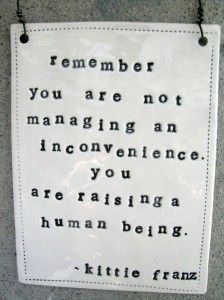 As soon as we got home, my husband said, ‘Stop it”.  I said, ‘What?’  He said that he knew I was beating myself up for all of this.  And I normally would.  But I knew that this is not my fault.  I always put my kids first.  I always make sure they have what they need to be successful.  So I have to watch myself and not get into that ‘negative chatter’ in my head that it’s my fault.  I won’t let the devil make me doubt myself about this.  I know this is God’s plan for us to follow this path.  I don’t know the reason, but I hope one day it becomes clear.  That’s what God does…things without answers.  I just have to have faith in His timing and His plan. 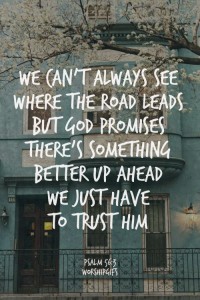 So now we will be getting his IEP next week.  This will help us help him.  I want to set him up so he is successful in life and able to learn to cope with his diagnoses.

Once this meeting happened today, I took the results to his psychiatrist and she is referring him to be further tested for possible Asperger’s based off of the behaviors that have been seen.  This is only to rule this out as an option.  Again, my husband and I want to help him be successful and get the right therapies and plans in place to help him be successful.

It has been an exhausting day.  I am mentally tapped out.  God will help us and provide us the path to take.  He always follows thru.

Just say a prayer for my family.  It would be appreciated.